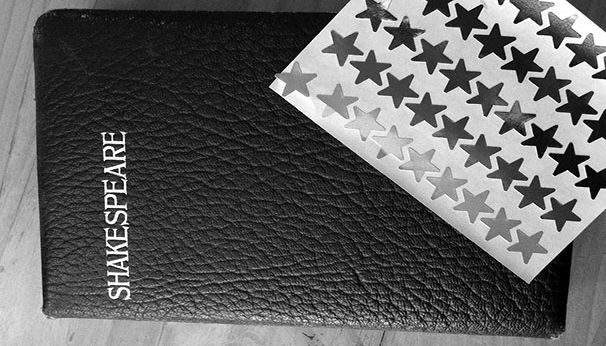 Book reviews for new British writers who advertise on social networks and whose books are available on Amazon, to be precise. I am not (for even a tiny, miniscule moment) suggesting that established authors don’t crave the elusive five gold Amazon stars as much as the hardened amateur; but for new writers they are akin to being crowned as the Most Amazing Person in the World.

No, is the answer. It doesn’t. Much of modern day life is conducted via virtual reality. Twitter folk know the ‘us’ we want to portray; the us who is perpetually amusing and informative, the us who they love so much they could not bear to allocate less than five gold stars to the book they read because we bombarded them with links for three weeks. Facebook friends know when we are tired, when we have bought a new kitten, when we are eating our dinner.

Generally, we know these people in real life; they know the real-life actual us, therefore they are also likely to put down their kittens and write a stonking review.

People who don’t know us; they are possibly the people who count the most. They read our offerings because they want to. They happen upon them via a retweet or a link to a page, or an inadvertent Googling incident. They read the whole thing, because they want to, then they put it down/switch it off and think ‘I like that so much, I am going to jolly well write a fucking stonking review.’ So they do. And whether they allocate three stars, four stars, or five stars, it means more than the world.

Not that we should be ungrateful; Twitter and Facebook are amazing platforms and we certainly cannot sneer at the opportunities they offer us. However, there is possibly nothing quite as satisfying as knowing that a stranger, the beautifully anonymous perfect stranger, has delved into our words and emerged, satisfied, clutching five gold stars.

This entry was posted on Wednesday, May 2nd, 2012 at 11:47 am and is filed under Articles, Honest Publishing Blog. You can follow any responses to this entry through the RSS 2.0 feed. You can leave a response, or trackback from your own site.