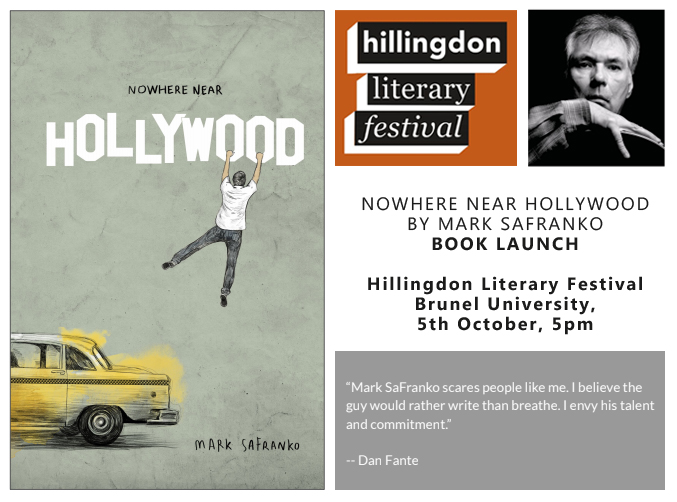 Nowhere Near Hollywood by Mark SaFranko, coming to bookshops and PayPal enabled websites near you, this October.

That’s right folks, despite our inadequacies as both professionals and human beings, the great Mark SaFranko has once again decided to park his latest novel – the next in the Max Zajack series (Hating Olivia, Lounge Lizard, Dirty Work) – in the poorly lit and slightly seedy Honest Publishing car park – no place to walk without your mother.

We’re launching Nowhere Near Hollywood at Hillingdon Literary Festival. Mark will be joining us as part of his European tour at Brunel University, 5th October, where he’ll be appearing on stage to talk about the new book and his work as a writer.

Hillingdon Literary Festival is back for its fifth year at Brunel University, London. A FREE festival (now we’ve piqued your interest…) of performances, readings, workshops, signings, and so much more – open to everyone in the wider community. The festival features world-renowned authors and celebrates local talent across a lively weekend of activities.

Registration is free and tickets are available here!

Familiar to thousands of readers in France, Belgium, Switzerland and the UK from earlier novels in the series, Max Zajack, after years of struggle to get his writing recognised, decides impulsively – and unwisely – to try his hand at acting in order to get his career off the ground. If anything can bring him attention – as he tries to convince his long-suffering girlfriend, Gayle – it’s recognition as a performer. Nowhere Near Hollywood – told with Max’s trademark cutting black humour – takes us on his long, wacky journey of heartbreaking near-misses as a playwright and screenwriter, through the fringes of the film and theatre industries in New York City. Now available for pre-order. 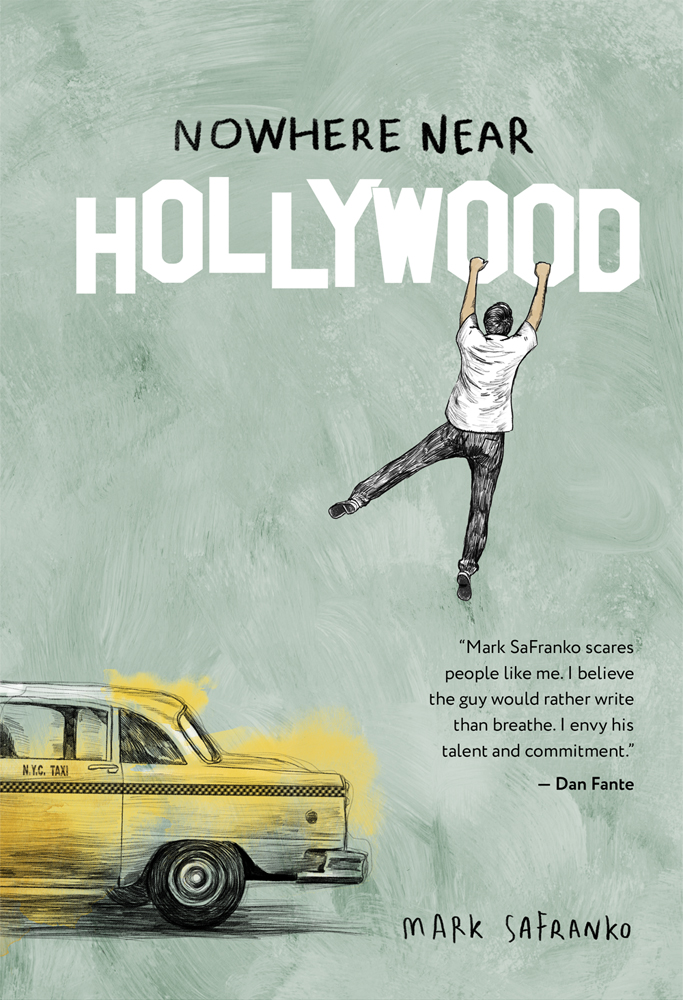 This entry was posted on Wednesday, September 4th, 2019 at 12:35 pm and is filed under Honest Publishing Blog, News. You can follow any responses to this entry through the RSS 2.0 feed. You can skip to the end and leave a response. Pinging is currently not allowed.