A survey has revealed 9 out of 10 British tennis fans don’t have a fucking clue who the world’s best tennis players are. 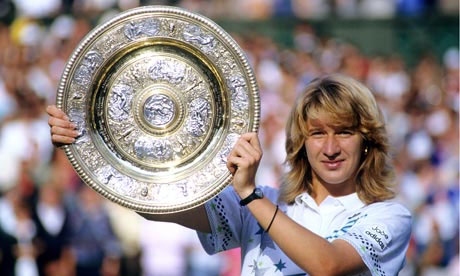 Each year the public are baffled by an endless amount of new tennis stars arriving at SW19 that no one’s heard of, with names that are completely unpronounceable. And most admit to being slightly surprised when Pete Sampras doesn’t play first on Centre Court.

The survey also revealed that the majority of fans didn’t know tennis is actually played all year round, and in other countries too.

Phoebe Fitzgerald-Cuthbert from WV (Wimbledon Village) said: “Tennis is really good, I absolutely love it. I’m surprised it’s not more popular around the world – it must be because they don’t have Pimm’s. Why they only play it for two weeks of the year is beyond me.”

Even the country’s most irritating tennis fan Cliff Richard, when questioned, thought that the two week long tennis season was created to co-inside with the strawberry harvest: “It’s a real shame it’s such brief window in the summer holiday.”

The last week of June has seen demand for Andre Agassi headbands from what should have been the 80s but probably wasn’t, increase on eBay by 800%, despite the tennis star now being in his 40s and a former meth head.

It appears the Brits either don’t care or are just happy shouting “come on Tim” every time a point’s played, as long as they can wear Ralph Lauren polo shirts and lay on Murray Mound eating stone baked pizzas.

A spokesman from the LTA, when asked why he thinks the British public are just so out of touch with a sport that’s seen millions of pounds worth of public investment over the years, said: “Do you know, I’m not entirely sure where I am…”

This entry was posted on Wednesday, June 26th, 2013 at 12:30 pm and is filed under Articles, Honest Publishing Blog, News. You can follow any responses to this entry through the RSS 2.0 feed. You can skip to the end and leave a response. Pinging is currently not allowed.