The Suicide Featured in Foyles The Best Fiction of 2014

Congratulations to us (and of course Mark SaFranko, who also played quite a large role…) for The Suicide featuring in this year’s Foyles The Best Fiction of 2014.

We’re number…one, two, three, four…well it doesn’t actually matter because it’s not in order (nine…) but being there at all is very nice indeed. 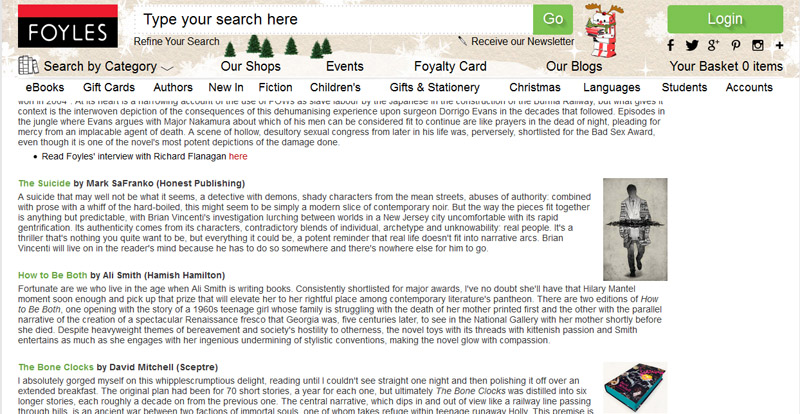 Here’s what Foyles web editor Jonathan Ruppin had to say: “A suicide that may well not be what it seems, a detective with demons, shady characters from the mean streets, abuses of authority: combined with prose with a whiff of the hard-boiled, this might seem to be simply a modern slice of contemporary noir. But the way the pieces fit together is anything but predictable, with Brian Vincenti’s investigation lurching between worlds in a New Jersey city uncomfortable with its rapid gentrification. Its authenticity comes from its characters, contradictory blends of individual, archetype and unknowability: real people. It’s a thriller that’s nothing you quite want to be, but everything it could be, a potent reminder that real life doesn’t fit into narrative arcs. Brian Vincenti will live on in the reader’s mind because he has to do so somewhere and there’s nowhere else for him to go.”

Proof, should it be needed, that it’s not just us saying these books are great, other people like them too….The Suicide by Mark SaFranko is available from Foyles in store (Charing Cross) and online now. 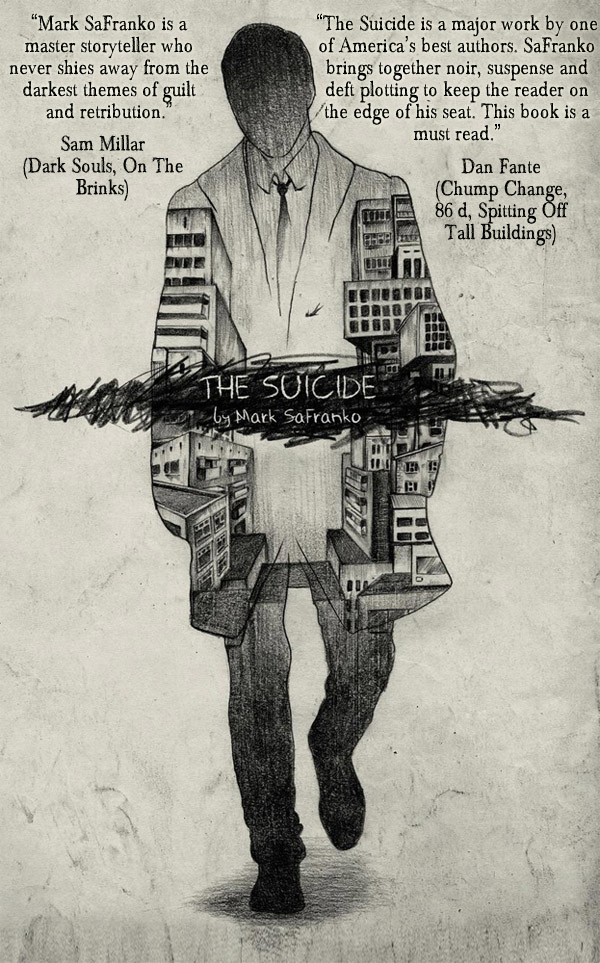 Tags: foyles, Jonathan Ruppin, The Best Fiction of 2014, The Suicide by Mark SaFranko

This entry was posted on Tuesday, December 16th, 2014 at 12:26 pm and is filed under Articles, Articles, Honest Publishing Blog, News. You can follow any responses to this entry through the RSS 2.0 feed. You can skip to the end and leave a response. Pinging is currently not allowed.