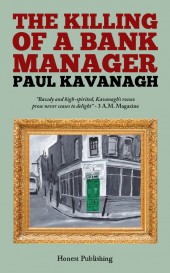 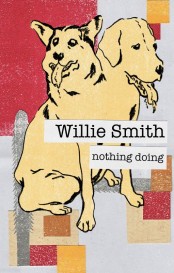 When I was ten, I got two things I dearly wanted – a BB gun and a pet hamster. I kept the hamster in a cage at the foot of my bed. After a while, I bought a girlfriend for him. But they started to copulate and so we decided to move the cage down into the basement. That’s where I had my BB gun range.
At the range I shot baseball cards, toy soldiers and newspaper pictures of famous people I didn’t like. I remember shooting Francis Gary Powers completely to shit. He was the guy in the spy plane who told everything. How the hell were we supposed to beat the Russians with finks like that? As I fired away at the few remaining shreds of his gray forehead, I thought vindictively of Benedict Arnold, righteously of Nathan Hale.
I also enjoyed shooting that traitor de Gaulle and photos of all bald people in general. The shiny domes made keen targets. END_OF_DOCUMENT_TOKEN_TO_BE_REPLACED

END_OF_DOCUMENT_TOKEN_TO_BE_REPLACED

Strangers on a Turkey

I always wanted to write a vampire story. Instead I had a nightmare that I wrote down this morning as if it were a story. If you are the kind of person who reads stories like this, then perhaps, instead of reading this story, you should just go take a good look at yourself in the mirror: END_OF_DOCUMENT_TOKEN_TO_BE_REPLACED

I missed the whole Slam Poetry scene. Never attended a single contest. Because I never go anywhere anyway, living as I do under a rock. But I sometimes imagine, with apologies to Bing Crosby, the phonomenon might have generated a behind-the-scenes scene something like this: END_OF_DOCUMENT_TOKEN_TO_BE_REPLACED

Funny how you see God one wonderful night and you figure: Hey, this is it: I’m seeing God now! Well, the best laid wives of mice and men… END_OF_DOCUMENT_TOKEN_TO_BE_REPLACED

Nodding. Dozing. Syncope. It happens. Reclining in front of the TV. Seated on a long bus ride. Standing in line. Some of my best ideas occur in such moments of spontaneous blackout. Here, for example, is a winking-blinking parable from my unemployment compensation daze… END_OF_DOCUMENT_TOKEN_TO_BE_REPLACED

Willie Smith is deeply ashamed of being human. His work celebrates this horror. He was born in a hospital outside Greenbelt, Maryland, a few short years after Adolf Hitler shot himself in the head while simultaneously crunching down on a cyanide capsule. He grew up in Alexandria, Virginia, just a pack howitzer shot from the White House. In the late sixties he worked as a logger in the same woods D. B. Cooper later jumped into. He received a B.A. in English or creative writing or something from Reed College in 1972. In 1995 he returned to academia to teach writing for exactly one week at Naropa Institute in Boulder, Colorado; he was never asked back.

He spends a lot of time, when he isn’t making a living as a flunky in a Welfare office, sitting around reading and writing and waiting to be asked to recite or teach or go on a secret mission to rescue the princess from a gangbang he has secretly himself initiated. He is the proud father of a vasectomy and to the best of his knowledge has never replicated. He is lazy, rather homely and sometimes smells a little funny. He is addicted to classical music, self-pity, stargazing, whole grain, lean meat and fresh produce. He has never owned an automotive vehicle and does not possess a driver’s license, valid or otherwise. His religion is walking; the world is his church. You are cordially invited to witness Willie embarrass himself at www.youtube.com/wsmith49

Tags: Nothing Doing, Willie Smith
Posted in Authors | No Comments »

People ask me, “How do you write?” or “What do you write about?” or “What makes a good story?” or “When was the last time you masturbated before and/or after writing?” or similar literary-colonmoving queries. END_OF_DOCUMENT_TOKEN_TO_BE_REPLACED