The Romanian New Wave – An Introduction to Contemporary Romanian Film

I’m happy to say that these days the film-going public are aware of a number of high quality films coming out of Romania, no doubt helped by the numerous awards heaped upon them. These films seem to divide Romanians, though. Some of the Romanians I’ve spoken to seem to think that these new films are nothing special, that the themes they explore are ordinary, the stories commonplace. The same people are not happy with the way Romania is being portrayed. Why not show the beauty of the country? Why not show the villas and the riches and the cultural heritage? Why is everything shot in a dingy flat in Bucharest?

Personally, I don’t think it’s the film-maker’s responsibility to showcase their country as a tourist hotspot. I also think there’s a difference between hearing a story on the news, or from a friend or relative, and watching a film. The difference being scripted vision. And do these directors exploit misery? Of course they do, in the same way that all artists, in one way or another, exploit their subject matter.

So what makes a Romanian New Wave picture? At first, one of the requirements seems to be a director in their 30s with a name that is either Cristian or lies in the key of C (let’s see we’ve got Cristi Puiu, Corneliu Porumboiu, Catalin Mitulescu, Cristian Nemescu, Cristian Mungiu, Calin Peter Netzer). Secondly, a realistic setting and story which bristles with absurdity (here people turn into rhinoceros in many different ways). Then add a world class cinematographer like Oleg Mutu to highlight the cracks like never before. Finally, put a comma in the title. (Oh, and don’t forget casting everyone’s favourite Romanian actress, Luminita Gheorghiu).

I have been fortunate enough to have watched a number of these films and will attempt to summarise my impressions as an introduction to the Romanian New Wave.

The Death of Mr Lazarescu 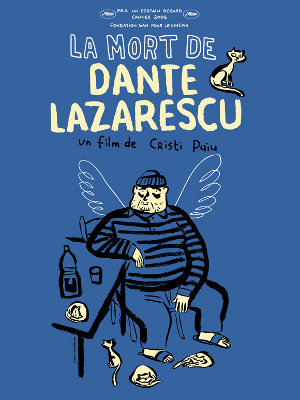 Won the Un Certain Regard prize at Cannes in 2005, amongst many other prizes. It sets the tone for the Romanian New Wave. Dark comedy, social realist commentary. Almost painfully slow panning. I liked it a lot on first viewing but a lot less on second viewing. The story of an old man brutalised by the health care system is one that is both heartbreaking and comedic. In my opinion, Cristi Puiu is right at the top of the new Romanian directors list. 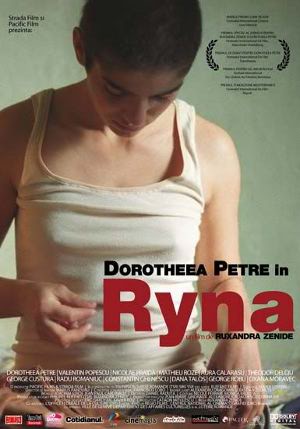 Came out in 2005. An atmospheric film set in the beautiful and remote Romanian Delta. Features a great performance by Dorotheea Petre in the title role. It’s also an unusual story in that it addresses sexuality and desire in a place where they’re seen as a weakness. 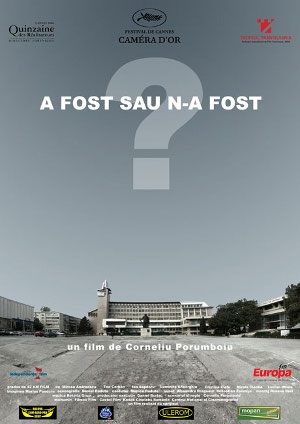 Won the Golden Camera prize at Cannes in 2006. More black comedy, that I found very funny, this time addressing the ’89 Romanian Revolution. An excellent little film with brilliant performances and lively music. Was there really a Revolution? Everyone seemed to have had their own Revolution, suggests the film.

The Way I Spent The End Of The World 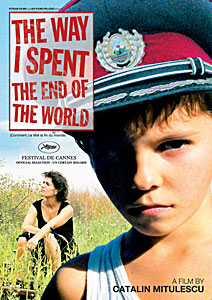 Won the Un Certain Regard – Best Actress prize at Cannes in 2006. A charming film about childhood and escape. Didn’t grab me enough, though. Perhaps it was too quirky for my liking. Another great performance from Dorotheea Petre.

The Paper Will Be Blue 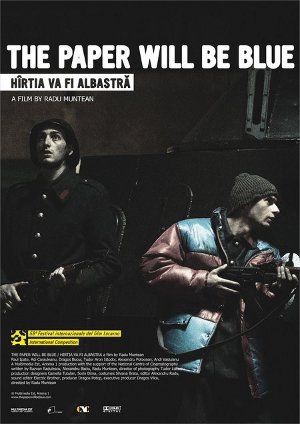 A second film about the ’89 Romanian Revolution – this one also came out in 2006 and won a number of awards. It has elements of the absurd, which a lot of the Romanian New Wave films share. I enjoyed watching it but didn’t make a long lasting impression on me. I preferred Radu Muntean’s follow-up feature, Boogie (see below). 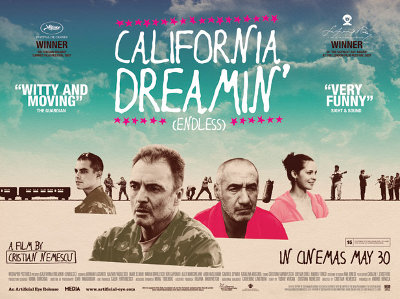 Won the Un Certain Regard prize at Cannes in 2007. An interesting idea, about how an empowered train station chief could mess with NATO, with mixed results. For me, the film couldn’t really decide what it was and the editing, unfinished, needed more work. The potential of Nemescu is clear, though, and it’s a tragedy that he died at 27 years of age. 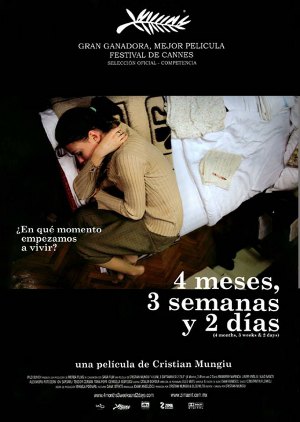 Won a total of 33 awards around the world, including the Palme d’Or, the FIPRESCI and Cinema Prize of the French National Education System at Cannes in 2007. The absolute, most well known film to come out of Romania. I think it would be hard to watch it more than once. It is a very dark film but one that is much more than “that abortion movie.” It addresses the problems that people faced under Communism and the mentality. A must watch. 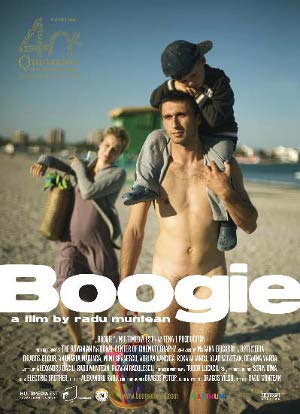 Appeared in 2008. A change away from exploring the past and into the present, although the characters in the film yearn for the past. Features a terrific, honest performance from Dragos Bucur. Good to see a story about people of my generation.

The Happiest Girl in the World 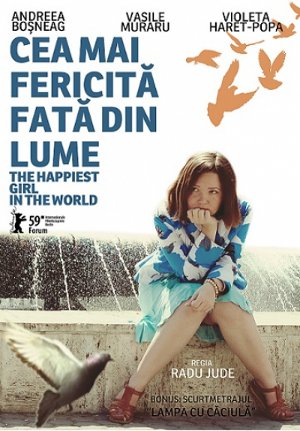 Won the C.I.C.A.E. Award at the Berlin Film Festival in 2009. I love this film. It’s not a big production, or a particularly impressive deep story. What it has is a clever idea which drives the story, and a commentary about consumerism and greed in contemporary Romanian society.

Tales from the Golden Age

Came out in 2009 and was put together by Cristian Mungiu. It is a collection of short films which tackle life in Communist Romania. I found these to be very enjoyable, if slightly uneven in quality. The story with the pig is excellent (I am a big fan of pig stories). 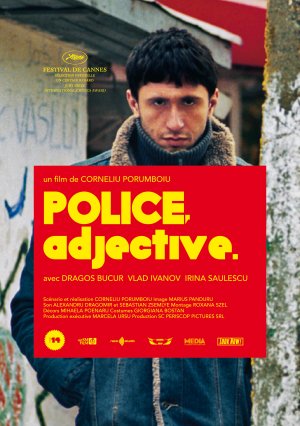 Won the Un Certain Regard Jury Prize at Cannes in 2009. I have to admit that this is the first time that I felt quite bored by a Romanian New Wave film. I think it’s because the subject is relatively thin (do you follow the law, the book of laws even, even when it concerns a trivial crime?), or that nothing seemed to happen. According to this film, police work in Romania involves a lot of standing around and waiting on street corners while drinking coffee. Sign me up.

Released in 2010. Puiu’s back, and my goodness what a film.  Late night viewing at its best. The tale of a man on the edge, told through visuals, actions and rituals. A true experience and one to savour. I can’t recommend this film enough. Could be one for the purists, though, as the running time and incredibly slow pace might put some off.

If I Want to Whistle, I Whistle 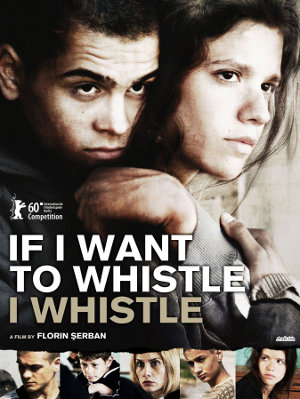 Won the Silver Bear award at the Berlin Film Festival in 2010. I found it to be slightly ridiculous in premise, but in the end thoroughly enjoyed it, especially George Pistereanu’s energetic performance. 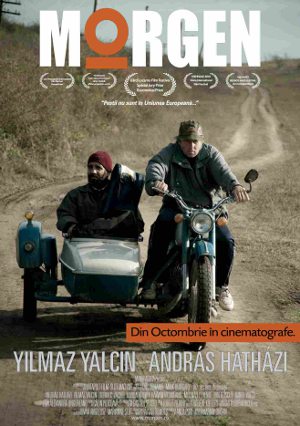 Won a bunch of awards in 2010. I’ve left the best till last. Morgen is a film about modern Europe, the EU, and the barriers of language. It has all the Romanian New Wave elements in place – comedy, absurd situations, beautiful cinematography. And yet this story rang most true to me due to the humanity at its core. Beg, borrow or steal. Now. (I can’t wait for Marian Crisan’s new film, Rocker – it looks stunning.)

I have yet to see Tuesday, After Christmas, Everybody in Our Family, Loverboy, Beyond the Hills or Child’s Pose (which won the Golden Bear at the 2013 Berlin Film Festival) but am very much looking forward to watching these. I also want to mention the films of Lucian Pintillie. Although an older director, I believe Pintillie’s films serve as a template for the New Wave. See Terminus Paradis or The Oak.

Tags: 12:08 east of bucharest, 4 months 3 weeks and 2 days, aurora, aurora cristi puiu, beyond the hills, boogie, california dreamin', child's pose, cristi puiu, cristian mungiu, everybody in our family, if I want to whistle I whistle, loverboy, lucian pintillie, marian crisan, morgen, nemescu, police adjective, rocker, romanian films, romanian movies, Romanian New Wave, ryna, tales from the golden age, the death of mr lazarescu, the happiest girl in the world, the paper will be blue, the way I spent the end of the world, tuesday after christmas

This entry was posted on Monday, February 18th, 2013 at 12:30 pm and is filed under Articles, Honest Publishing Blog. You can follow any responses to this entry through the RSS 2.0 feed. You can skip to the end and leave a response. Pinging is currently not allowed.