If you’re yet to discover Dan Fante, now is the time to change that. Like his legendary father John, Dan Fante writes about America’s underdogs in hard-hitting prose that is ballsy, truthful, and bullshit-free. He’s the author of four novels – Chump Change, Mooch, Spitting Off Tall Buildings, and 86’d – and two poetry collections, A Gin Pissing Raw Meat Dual Carburettor V8 Son of a Bitch From Los Angeles and Kissed by a Fat Waitress. We’re big Fante fans here at Honest, so we thought we’d ask the man himself some questions. 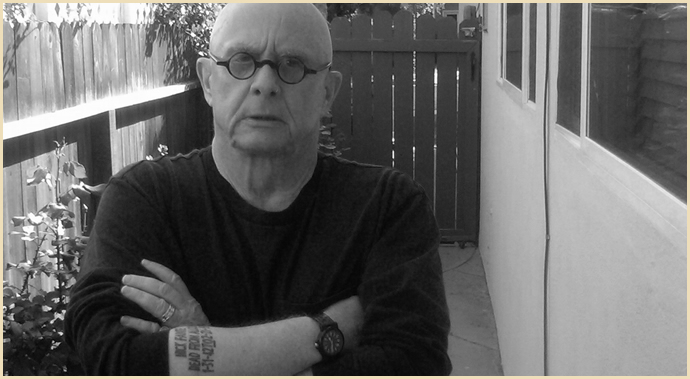 What can save America? Can it be saved?
Crushing every TV set might help for a start. But the little guy has taken in the shorts again and again in this country. None of the hugely-paid bank and insurance company ripoff CEOs who’ve screwed this country over, have made it to the slam. Now 21 million American home owners are losing their homes. Everybody here is looking for a second job. Hey, maybe they’ll all find Jesus.

What do you make of Obama? He campaigned on a platform of change – was/is that realistic?

I like Obama. He’s a sincere populist and a good man working within a very corrupt government. Every time he tells the truth, 30 million people call for his impeachment. What was it Churchill said? Something to the effect that the people get the government they deserve.

What is the greatest injustice in the world today?

The Internet: is it true freedom of expression?

Hey, if a guy doesn’t mind banging out ten or fifteen unpublished novels, working both a day and a night job, listening to his old lady tell him he’s a chump and a loser, and contending with a mountain of credit card debt, then his future as an author is unlimited.

Is there a particular book or project that you look upon with love bursting from your gut?

Always. My Fante, A Memoir (John Fante & Dan Fante) will be out this August here in America and I am currently polishing a new novel called Point Doom.

How do you feel about the Charles Bukowski/John Fante comparisons?

It’s okay with me. Hank was a great poet and a powerful inspiration for my own poetry. As far as the novel goes – well – John Fante, in my mind, had no equal.

Last book that blew your mind?

Outside literature, what other mediums do you find most affecting?

I have an American friend named Jack Zoltak who lives here in Los Angeles.  I greatly admire his paintings. Several hang in my home.

How do you want to be remembered?

As a guy who can tell the truth and speak to your heart and your guts.

Our thanks to Dan Fante for his time.

This entry was posted on Tuesday, April 5th, 2011 at 1:00 pm and is filed under Articles, Articles, Honest Publishing Blog, Writings. You can follow any responses to this entry through the RSS 2.0 feed. You can skip to the end and leave a response. Pinging is currently not allowed.