Honest Publishing: The Official Publisher of the Olympic Games

With the London 2012 Olympic Games starting this weekend, we thought now would be as good a time as any to announce that Honest Publishing is the official publisher of this year’s Olympic ceremonies.

We’re very proud that we’ve been officially chosen by the official London 2012 Olympic official games committee for this honour. We only hope that we can live up to their expectations when taking our place next to other sponsors and celebrated producers of fizzy drinks and processed fatty foods. 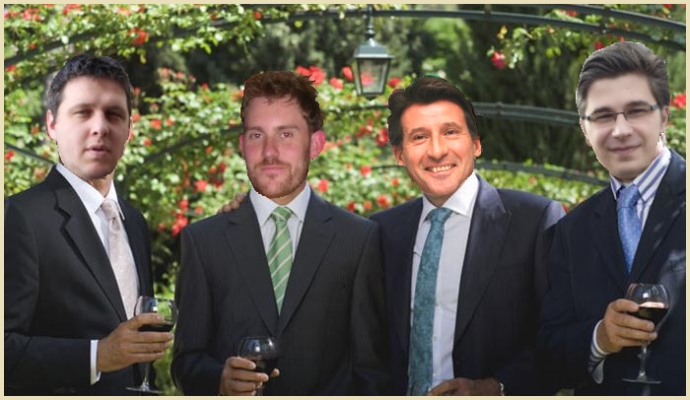 When asked by the Global BS Network how Honest Publishing were able to foot the same bill as the likes of Coca-Cola and McDonald’s (the only two companies in the world previously thought to have enough cash to sponsor anything) co-director, Chris Greenhough, replied: “Well it was really just about saving the pennies. We’ve been planning and saving for some time, making sure to sell at least one book per month, even if we have to make the author themselves buy it. We’ve also tried to expand our global franchise outlets, opening up stores in Bogdan’s kitchen, as well as his living room.”

No one has been more pleased to hear the news than the Honest authors, who are no doubt planning to cash in on the endorsement; many hope this will mean they’ll soon be able to afford the luxury yachts promised to them by the ‘Honest’ directors all those years ago.

Paul Kavanagh, author of Iceberg and The Killing of a Bank Manager, when asked what he thought of the official London 2012 Olympic Games endorsement (that’s the ‘official London 2012 Olympic Games’ endorsement), had something like this to say: “It’s a concrescence of rachitic, gibbous decubituses… get me a fucking drink and let us watch the virga over the Thames dissipate…”

We’re proud as fuck to be sponsoring the Olympics and can’t wait to… Wait, what? Get off me…

Due to unavoidable financial difficulties, Honest Publishing regrettably entered liquidation as of 26th July 2012. The official receiver will be in touch regarding the status of your account in due course. All business debts will now be assessed by a receiver.

This entry was posted on Thursday, July 26th, 2012 at 4:27 pm and is filed under Articles, Articles, Honest Publishing Blog. You can follow any responses to this entry through the RSS 2.0 feed. You can skip to the end and leave a response. Pinging is currently not allowed.