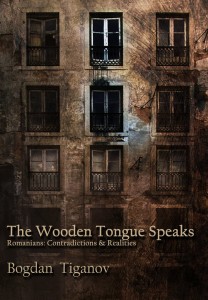 This collection of short stories and poetry set in post-Ceauşescu and post-Cold War Romania takes readers on a journey through the author’s home town of Brăila in the east of the country.

Thanks to everyone at Tooting Tales festival for having us on Saturday. The vibes, I can report, were indeed splendid. And especially thanks to Eleanor Brown and the children of the Klevis Kola Foundation – a community organisation set-up to help refugee and asylum-seeking families play a full part in the local community – who gave some great readings and wrote some very wise words at the Honest Publishing writer’s desk… END_OF_DOCUMENT_TOKEN_TO_BE_REPLACED

This coming Saturday (25th February 2012) Honest Publishing will be appearing at Tooting Tales literary festival. Here you’ll find us accompanying our usual modest book stall trying to sell our wares (please contribute generously…) as well as all manner of literary delights for the whole family to enjoy. END_OF_DOCUMENT_TOKEN_TO_BE_REPLACED

Honest Publishing is proud to announce that we’ll be appearing at this year’s Lodestar festival, happening September 2nd – September 4th in the gloriously rural Cambridgeshire countryside. Here we shall be donning our Wellington boots and maybe (we are) having a book stall, where you can buy our range of independent literature.

Like alternative books? How about an alternative festival? Lodestar is an excellent choice for all those looking for a more chilled festival experience. Fed up with stomping for miles to find you missed your favourite band, or camping in the only space left (the toilets)? At Lodestar you’ll find a spacious, relaxed atmosphere, full of good people and great bands, and we’re thoroughly looking forward to it. END_OF_DOCUMENT_TOKEN_TO_BE_REPLACED

A Gay and Patriotic Romania

Is The Wooden Tongue Speaks bleak? What picture does it paint of Romania? Are the Romanian New Wave films grim? It angers me to the extreme when I read commentary by Romanians who find reality negative. END_OF_DOCUMENT_TOKEN_TO_BE_REPLACED

How many of the stories are based on real events/true stories?
All of them. For example, the story It’s Marlboro is based upon observing the drunken gravediggers at the cemetery where my grandfather is buried.

Why did you add the poems?
Originally, I had two projects going. When it was suggested that I turn them into one I chose the poems that had Romanian subject matter. I like the way the poems and stories complement each other.

Do you prefer writing prose or poetry?
I’m not choosy as long as it’s edgy and vivid.

Who is this book aimed at?
Everyone. But don’t expect a lighthearted Hollywood ride.

There seems to be a political undercurrent to these stories and poems. What can you tell us about that?
Politics is something you don’t talk about but it’s buried in the psyche of every Romanian. Every Romanian is aware of the obscene level of corruption or how many aspects of the system don’t work. I make covert points.

Who are your favourite writers and why? What effect did their work have on you and your writing?
I’ll go with Hemingway. Reading Hemingway had a drastic effect on my writing. I knew immediately that I wanted to be precise and cutting, with both character and landscape.

What does writing mean to you? How has writing informed your own character?
Writing is a job. It can also be much more than that. If you’re lucky. It’s made me the miserable little sod I am.

When did you start writing creatively? How has the process changed over time?
I wrote my first story when I was eleven. My great friend, Don Pavey, edited it in red pen. There was red everywhere but it was very exciting. Now living comes into it and all that other head scratching stuff so it’s no longer as exciting, the hours seem shorter and the mind less fresh.

How do you view other writers?
Competition. Wanted dead or alive. Hopefully dead. I’ve been lucky to come across some decent writers with acceptable personalities and great expression. I’ve also met the other type.

What does publishing mean to you?
Hopefully a way to meet like-minded people and work towards having our work read by a wider public. That was my drive behind Honest.

How do you feel publishing is developing? What is your opinion of eBooks?
I first used POD in the year 2000. It was quite new then and nobody was aware of what it could do. Now it’s matured somewhat but it’s still a bit raw. But the fact that people like us can almost share the same space as a company like Penguin can only be a good thing. Electronic books need a few more years before the technology can catch up with the demand and ideas.

Bogdan Tiganov is a writer and artist, born in Brăila, Romania, on August 1, 1981. It was there that he started his lifelong interest in the arts, attending the Nicolai Bălcescu School of Music at the age of seven, where he learned to play piano as well as composing. In London, UK, he studied visual arts under the supervision of Don Pavey, world-renowned expert on colour. Tiganov finished writing and illustrating his first book by the time he was fourteen, and attracted considerable interest from leading children’s book publishers.

Since then, he has studied English Literature at degree level, received a CELTA teaching diploma from IH Barcelona, and has had various jobs, including as an English teacher, a call-centre operator, an editorial assistant, and a content editor. His short stories and poems have appeared in magazines and periodicals worldwide.